After the success of our 2021 Muval Movers Index, which explored how COVID-19 caused a relocation of the nation, we've launched a preview of our latest 2022 Muval Index which explores all new triggers for why people move house.

Why are people moving house?

Our yearly movers index is due for release for September 2022 and it covers some of the key reasons why people are moving house in Australia.

The major themes include:

After two years of moving to new cities and relocating to regions because of the pandemic, Australians are now more likely to move because of the rising cost of living than COVID, according to our report.

One in ten (11%) Australians have moved to slash living costs while more than a third (36 per cent) were likely to relocate to reduce expenses in the future.

Twice as many Australians said they would move because of cost of living pressures as COVID disruptions.

Financial pressures have become so extreme in recent months that a rent increase of $50 a week would prompt 40 per cent of Australians to consider moving house.

While an interest rate rise of 2%, was enough to make a third (27%) of Australians pack up and move, most likely interstate. Over a third (38%) of people who have relocated interstate said the move decreased cost of living pressures. 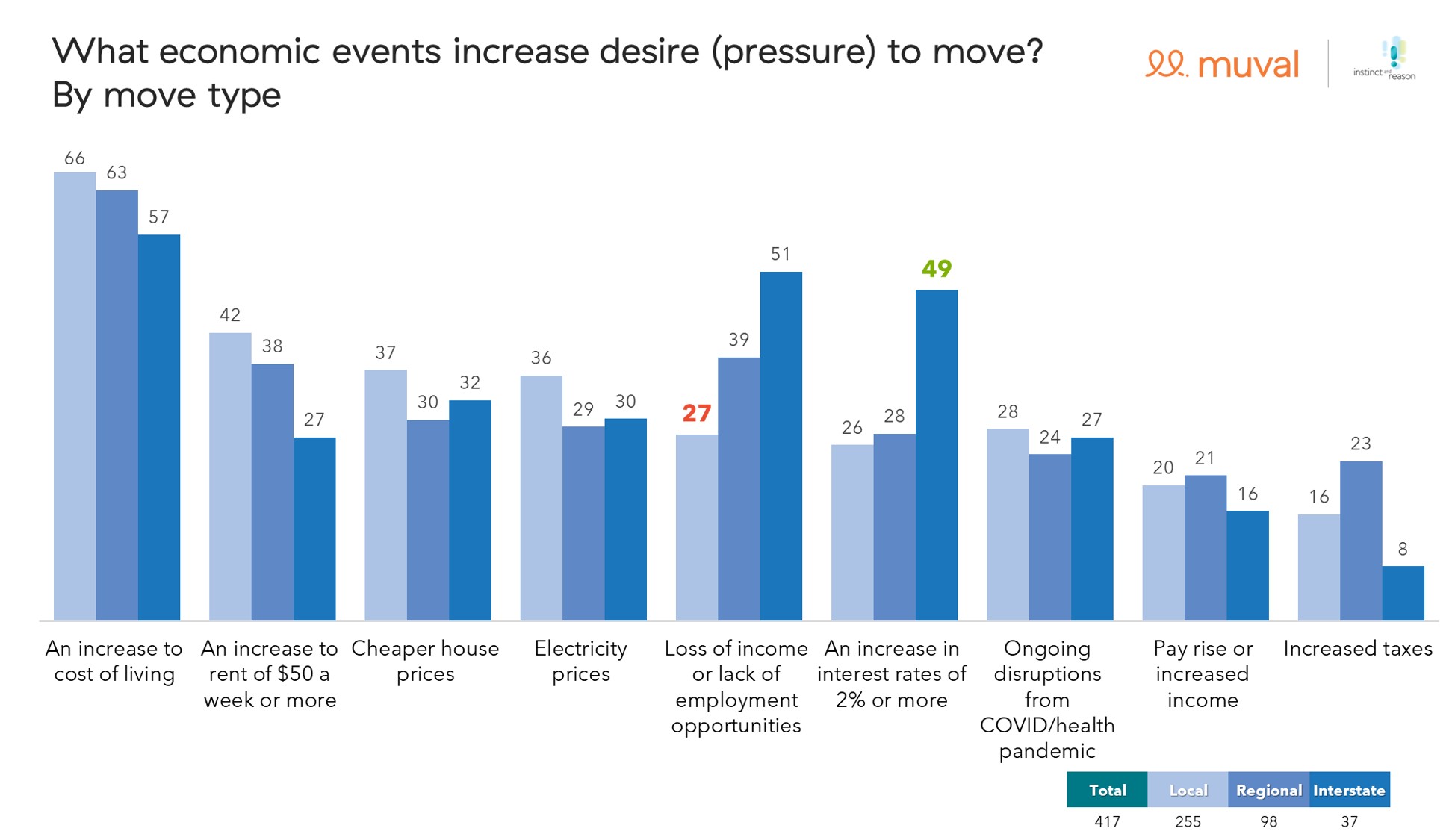 “Our data is telling us that moving is one way Australians plan to combat cost of living pressures with many households that are feeling the pinch willing to pack up their lives to find a new home with the right price tag. Over the last two years we saw Australians move to escape COVID-19 and now they are searching for a more affordable lifestyle. With inflation and interest rates rising rapidly, the cost-of-living crunch is set to disrupt millions of Australians and we expect there will be another wave of people looking to move house in the coming months,” James said.

The cost-of-living data has been sourced from an early release of the 2022 Muval Index, which draws on research and statistics compiled during the financial year to paint a picture about Australians’ moving habits.

Have movers habits changed since 2021?

Last year's Muval Index gave great insight into a range of new trends in regards to where people are moving to both interstate and locally.

This year we've already seen a reversal of some of these trends with Melbourne almost back to positive net migration and it is now our number 1 destination requested from the capital cities in Australia. 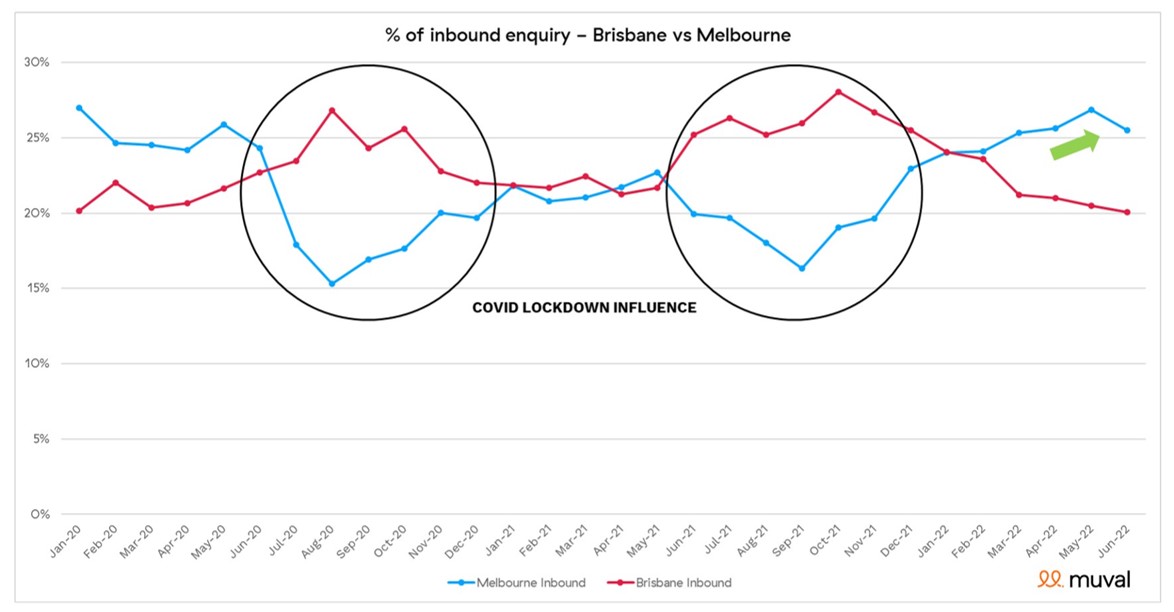 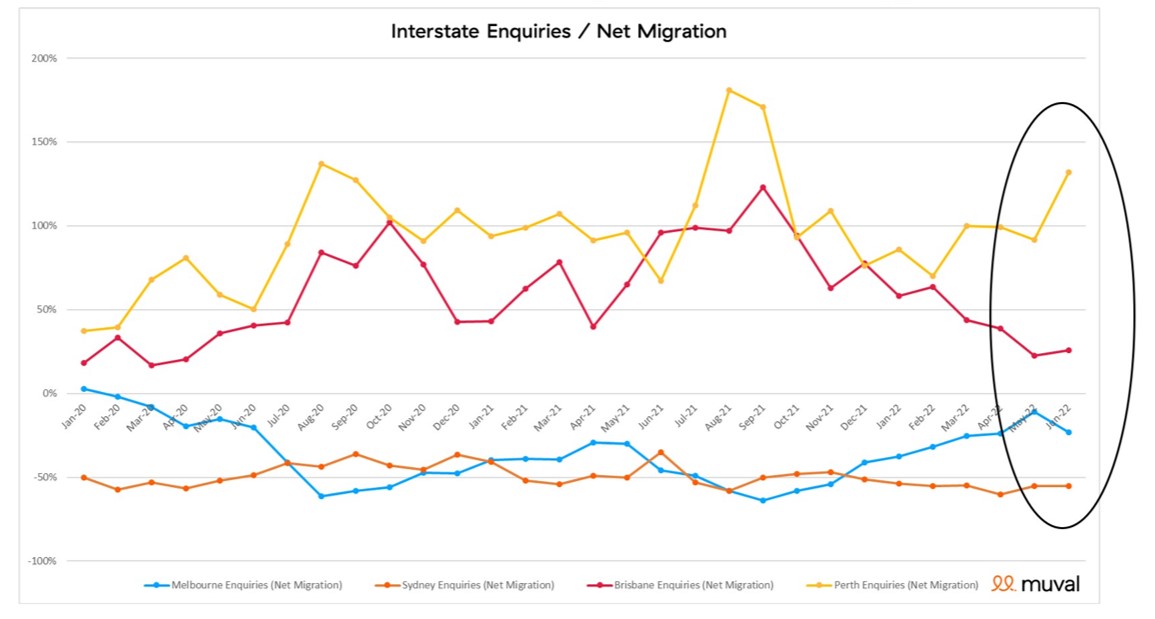 The new Muval index release date is set for late August / early September. Stay tuned for more information to come as we unpack the future of moving in Australia leading into 2023.