The Best Suburbs to Live in Sydney

Looking to move to or around Sydney? We've found the best suburbs to live in, whether you’re looking for affordability, culture or somewhere safe for your family. Moving to Sydney could be daunting but with our guide to the best suburbs in Sydney to move to, you can find the most liveable suburbs.

The best suburbs for affordable property

‘Affordability’ depends on your circumstances and desires, but from the cheapest suburbs to an elite upper north shore suburb there are not just properties for sale but also your new life. The median house price in Sydney is over $1 million so if you are looking below this marker, you will need to find city suburbs that will accommodate your financial commitment with house prices in your range.

However, if the median house prices are within your budget, you could get a lower north shore ‘bargain’ and find a single story or cottage of about 600 square metres in Lane Cove (with the Lane Cove River) or Hunters Hill. If you want an apartment, you may get in under $1 million in Brookvale in the Northern Beaches region. 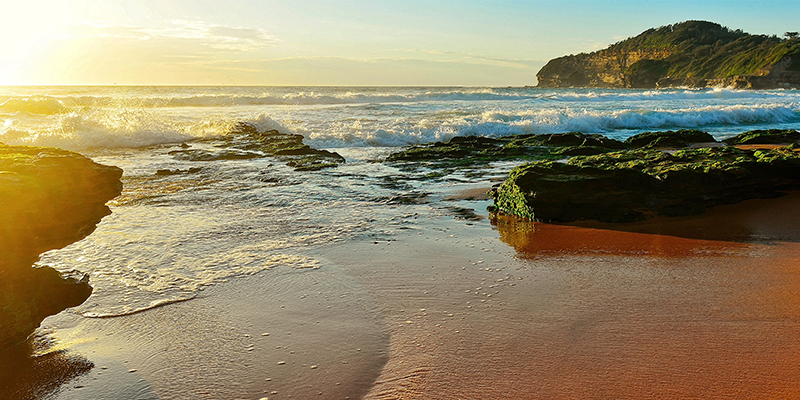 Sydney’s Northern Beaches have some of the most expensive properties.

For just over $1 million there are properties a little further north west in Ryde, North Ryde, Hornsby Heights, and Mount Colah. Just under the median house price you could purchase in north west suburbs Northmead and Winston Hills. Inner west from the Sydney CBD Erskinevale, Annandale, Leichhardt, and Croydon Park are some of the most expensive of the west Sydney suburbs with close proximity to Sydney city.

South of the Sydney CBD prices drop, and trends beneath Sydney’s median unit price with houses in Riverwood and Heathcote (20-40 kilometers from Sydney's CBD) dropping further below one million, this region is popular with first-home investors/buyers with easy access to the Royal National Park. Moving south west houses become cheaper across Canterbury Bankstown, Bankstown, Lakemba, Warwick Farm and Condell Park.

Eastern suburbs closer to Sydney harbour or coast are more expensive, and it depends if you want an apartment or house. South eastern suburbs Botany, Mascot and Sydney Airport are on the lower end of this index but are still well over $1 million (3-bedroom, 1-bathroom). Other pricey suburbs are Coogee, Clovelly, Randwick, Hillsdale, and Chippendale.

The best suburbs for families

What you want for your family will drive your search for a Sydney suburb that aligns with your values and budget. Whether you’re attracted to local schools, community, green space or lifestyle, there are many family friendly suburbs. 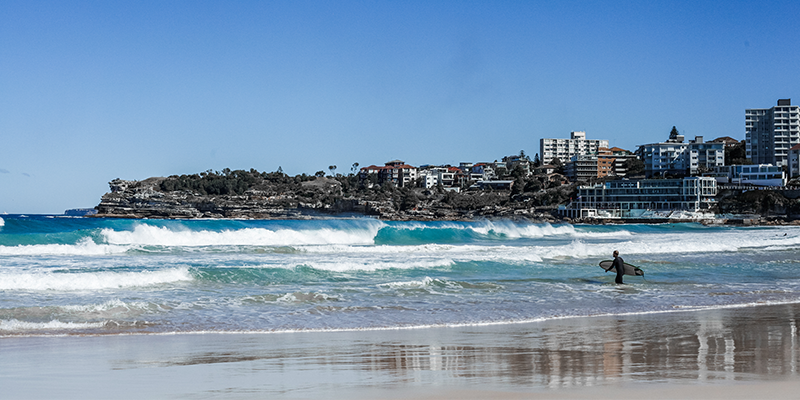 The famous Bondi Beach is not far from the Sydney CBD.

Glebe has many historical terrace houses similar to these ones, Sydney is particularly known for its abundance of terrace homes.

West suburbs are markedly more affordable, particularly if you are looking for a house. Rooty Hill has heaps of shopping centres, public transport hubs (train station on a frequent train line), local schools, green space, medical and recreational facilities. Greater Parramatta has undergone lots of recent development to make it attractive for family living, centred around the vibrant Parramatta River.

Leafy, laid-back, low-crime upper North Shore and northern suburbs like the beachside suburb of Dee Why (20 kilometres north of the city centre) offer access to beaches, green suburbs, and national parks. Frenchs Forest, Neutral Bay, Davidson, Lavender Bay, Waverton, and Wahroonga are a stone's throw to beaches and amenities with some of the most expensive private schools – property prices here are some of the highest in north Sydney. 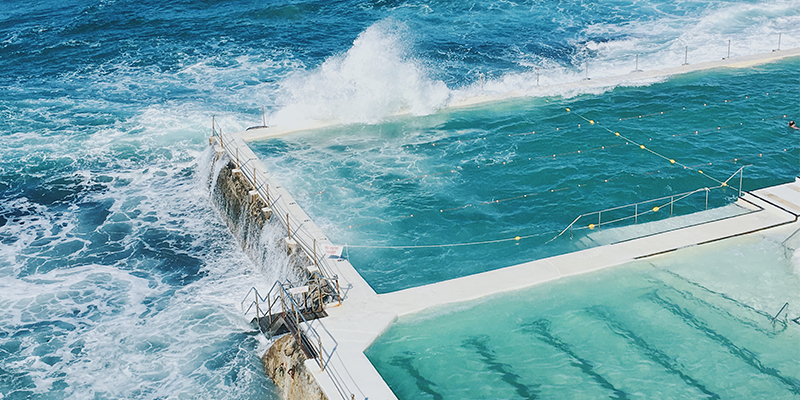 Many of the coastal suburbs of Sydney have unique ocean pools, including Dee Why.

South Sydney to south western Sydney, with liveable suburbs like Liverpool, Moorebank and Bigge Park, is considered a family hot spot due to its affordability, open spaces, and relaxed lifestyle. There has been a demographic shift in this area with up to 80% of homes providing affordable housing for families with children who can enjoy larger backyards. Other southern suburbs tipped for growth from families moving to the area are Hurstville, Menai, Arncliffe, Rockdale and Mascot. 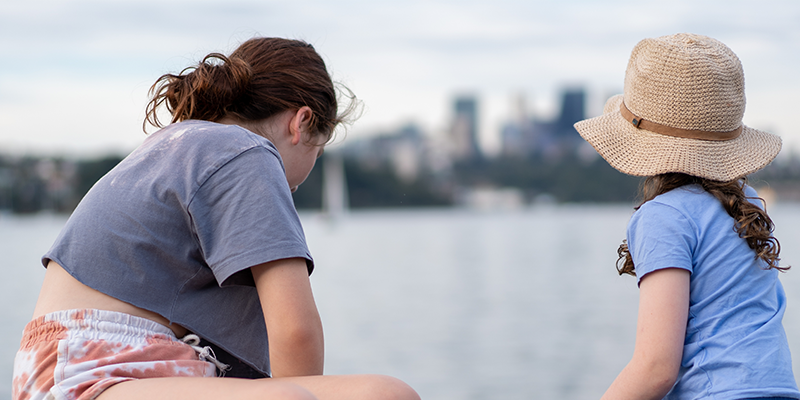 There are heaps of family friendly suburbs in and around Sydney.

If a green suburb takes your fancy Pymble is touted as one of the best Sydney suburbs for safety, accessibility and is a quiet liveable suburb of the upper north shore. Going further west for an extreme green suburb lifestyle you could consider the affordability of the Blue Mountains with a few suburbs to note being Leura, Hazelbrook, Katoomba, Glenbrook, Wentworth Falls, Lawson, Springwood and Blaxland. 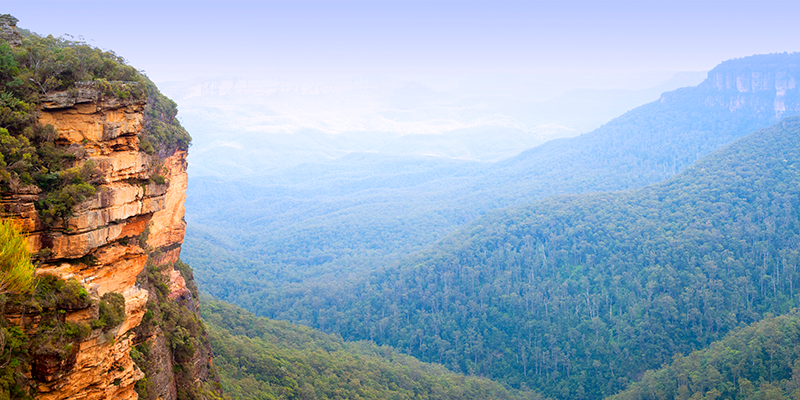 The best suburbs for food and drink

Having a high-density of dining choice is a cornerstone of a vibrant and healthy community and some Sydney suburbs do this really well.

If your culinary palette is your instinct when finding a suburb in Sydney to settle for, you cannot go wrong in Windsor, Camden, or Penrith. The Rocks is an old favourite too (the historical harbourside suburb with views of Sydney Harbour, the Sydney Harbour Bridge and the Sydney Opera House all in a glance). 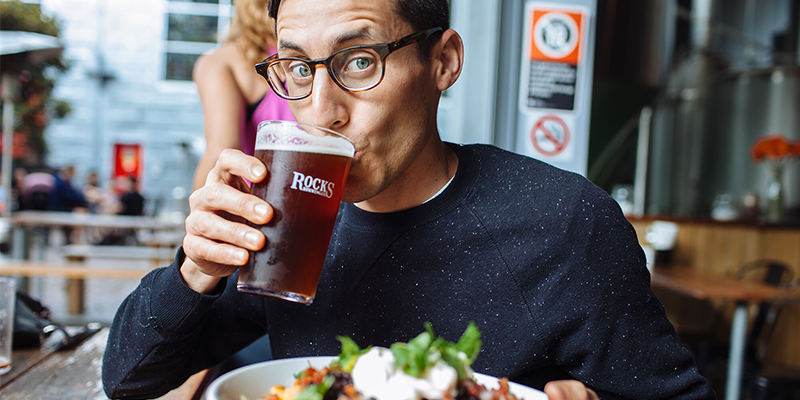 Not only is The Rocks a beautiful historical precinct it is famous for fine food.

Other suburbs are Dawes Point, Millers Points, Woolloomooloo, Surry Hills, and the Sydney CBD. Not so obvious is the southern suburb of Cronulla along with Ramsgate, Bella Vista, Palm Beach, Brookvale, Taren Point, Mona Vale and Parramatta.

The closer to the city centre and the denser the population the later the bars and clubs stay open. If Sydney is famous for anything at all, it’s how to party hearty!

From the debaucheries of Kings Cross to the birthplace of Pride festivals on Oxford Street. From city beach beers at Bondi to the old roots of pub rock in every corner hotel, Sydney comes alive at night.

It’s the inner nearby suburbs to the Sydney CBD where you will find the night vibes, so if it’s nightlife you need for your lifestyle, you’ll be looking for a high-density residency and possibly smaller living spaces. From an inner-city vantage point, whatever suburb in Sydney you choose it will be close to other lively after-dark areas.

Some noticeable night-time trends are that budget travelers and backpackers tend to drink at Bondi or Kings Cross, there is a concentration of Irish pubs in The Rocks and large nightclubs are found at Darling Harbour. Oxford Street and King Street (in Newtown) is for the flamboyant and the LGBTQI+ community and the inner-west attracts a crowd of students and young professionals due to its proximity to a number of universities.

Moving is a big deal, and Sydney is a big city with lots of diversity on offer, by meditating on your ideal lifestyle and working around your budget, it’s inevitable that you’ll find the best suburb for you.

Muval can help you find the right removalists to help you get from ‘A’ to ‘Sydney’, get a quote from our friendly team today.